We have been back from Norway for over two weeks but I keep on singing its praises to whoever will listen. When I look at pictures I can feel transported back.

Tromso has a huge arctic botanical garden that was so fantastic that we visited it twice. It is the world’s northernmost botanic garden and contains plants suited to the arctic climate that come from many places in the world. It is full of rock gardens and very colorful flowers. It is open 24 hours a day and could be enjoyed at any hour of the day when we were there since there was no darkness. We were always sure to be there before 3:30 because at that time they stopped offering coffee and waffles at the cafe. 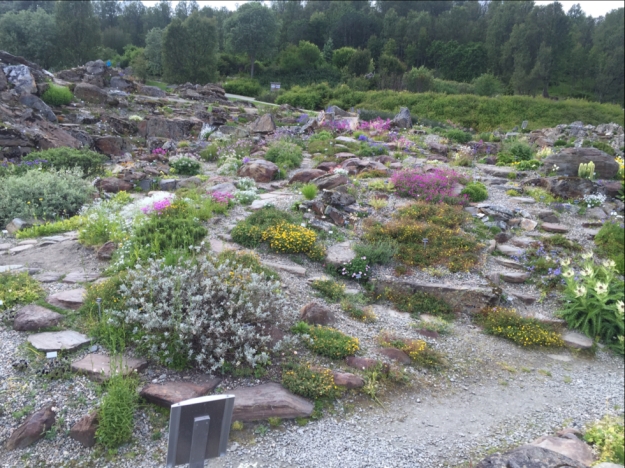 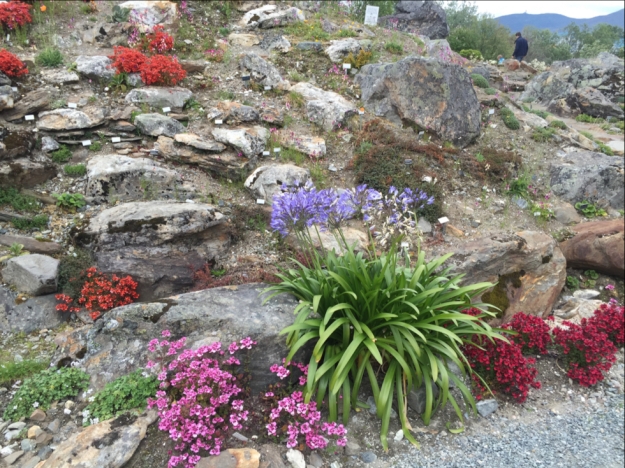 I am always attracted to a water feature. Of course within view of the gardens are fjords so we had the small and the gigantic all at once. 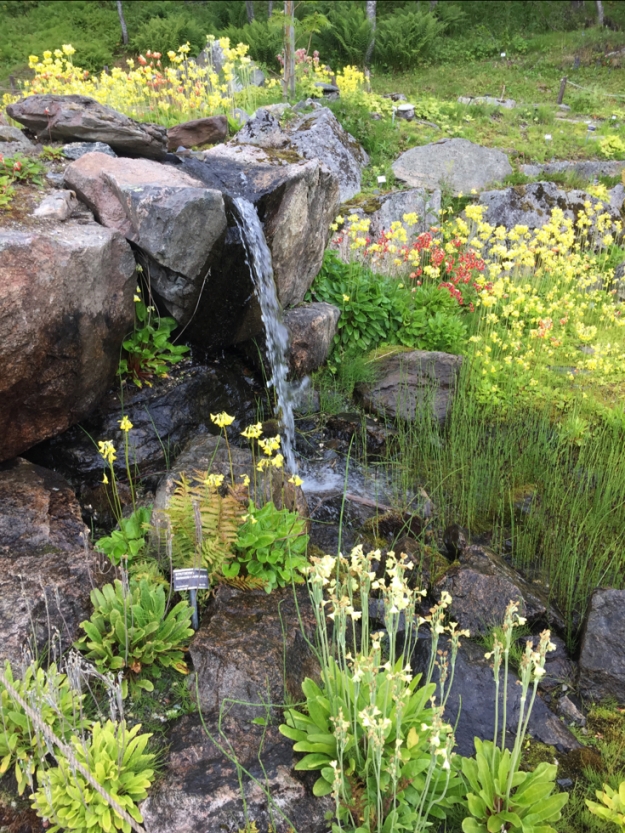 This one I loved because it was at eye level. 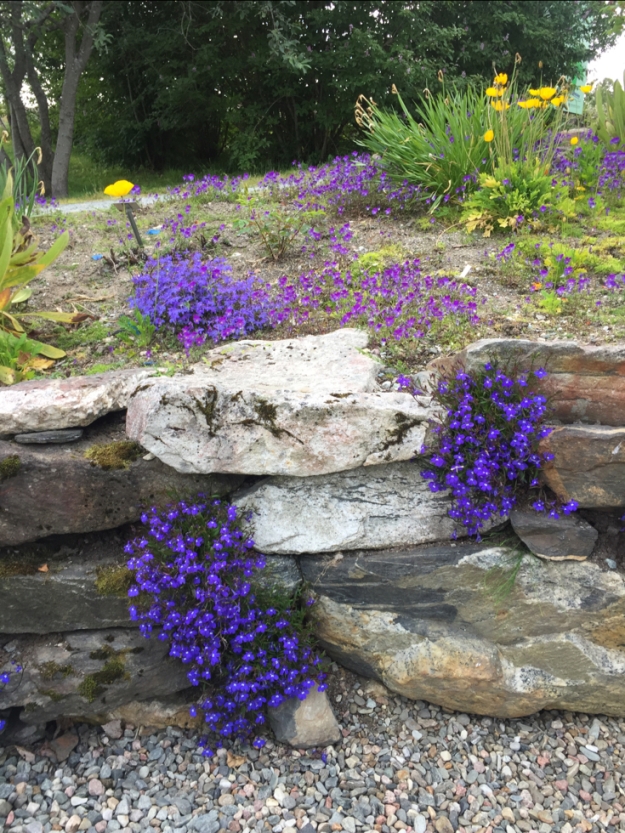 It was comforting to know that we could plant gardens that would protect us from witches and elves. (I thought elves were nice but not all I guess.) 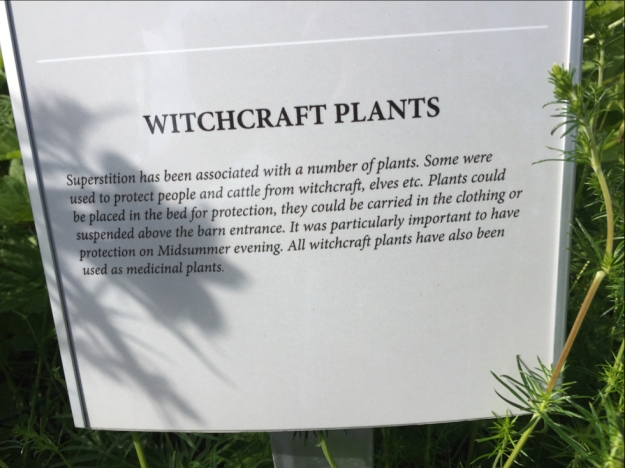 One of the many other places we visited was a cultural center in Manndalen which was 3 hours north of Tromso and only about 25 minutes from the Swedish border. There we saw a style of weaving used by the Sami people who are the indigenous people of Northern Norway. Weavers can notice the top border of the weaving which is created before it is put on the loom. It makes a solid colorful band and there is no fringe. The rest of the piece is very tightly woven and the people push up on it to make it denser as they weave from top to bottom. It does look a bit like our Navajo looms. 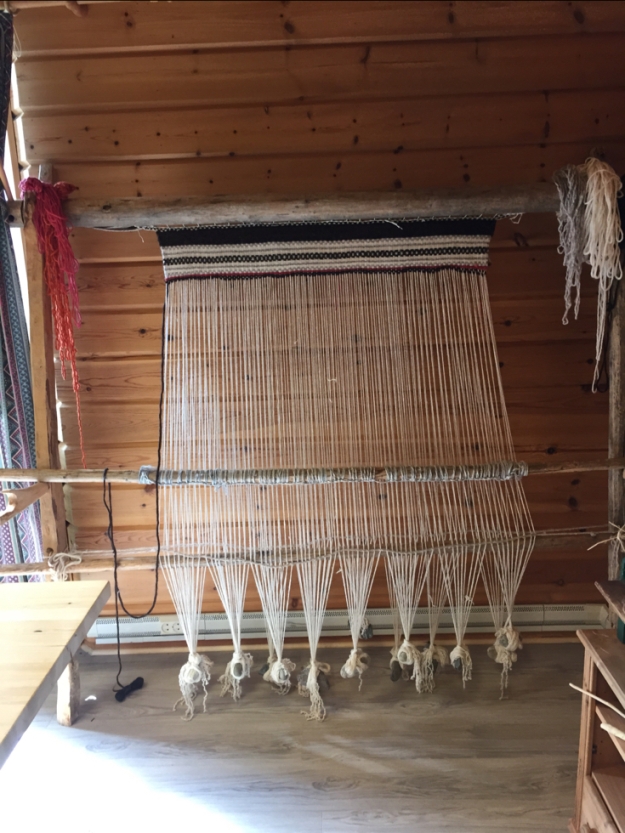 Of course spinning had to happen. If a void is left in my spinning time nature has to fill it so my head doesn’t explode. Also of course I purchased some Norwegian fiber to bring home. I enjoyed the fact that the people at the center call it spinning just like we do. Talk about common ground in a country with a language different from ours! 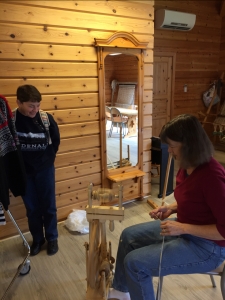 Spinning Norweigan wool in Manndalen at the cultural center.

Northern  Norway was a fantastic place to visit:

everyone spoke English which was helpful